All system variants can be used both as heat pump and as chiller, allowing the same unit to provide refrigeration in summer and heat in winter.

The foundations of absorption technology were already laid in the 18th century, but from the middle of the 20th century onwards, it played only a minor role in industrial  engineering. Today’s focus on energy efficiency is now leading to a rediscovery of this concept.

The use of pure water as a refrigerant and lithium bromide salt as absorbent has become the commercially accepted standard. Ammonia is used as refrigerant when output temperatures below 0°C are required.

China assumed the pioneering role in the commercial use of this technology. Before the turn of the millennium, the state had promoted the use of heat-powered chillers in order to relieve the load on the electricity grids. While only a few units below 100 kW have been realized in Europe since, China has commissioned about 100,000!

China has learned that exports in high-tech sector work only given the right production quality.

All relevant manufacturers in this sector are ISO 9001 certified and design and build their machines to comply with the relevant European standards (such as the Machinery Directive, the Electromagnetic Compatibility Directive and the Pressure Equipment Directive).

All leading manufacturers have already been operating plants in Europe for years. If you are interested in visiting a plant, please contact us by e-mail or phone +43 (0)316 318719.

In their simplest form, absorption systems consist of 4 chambers: 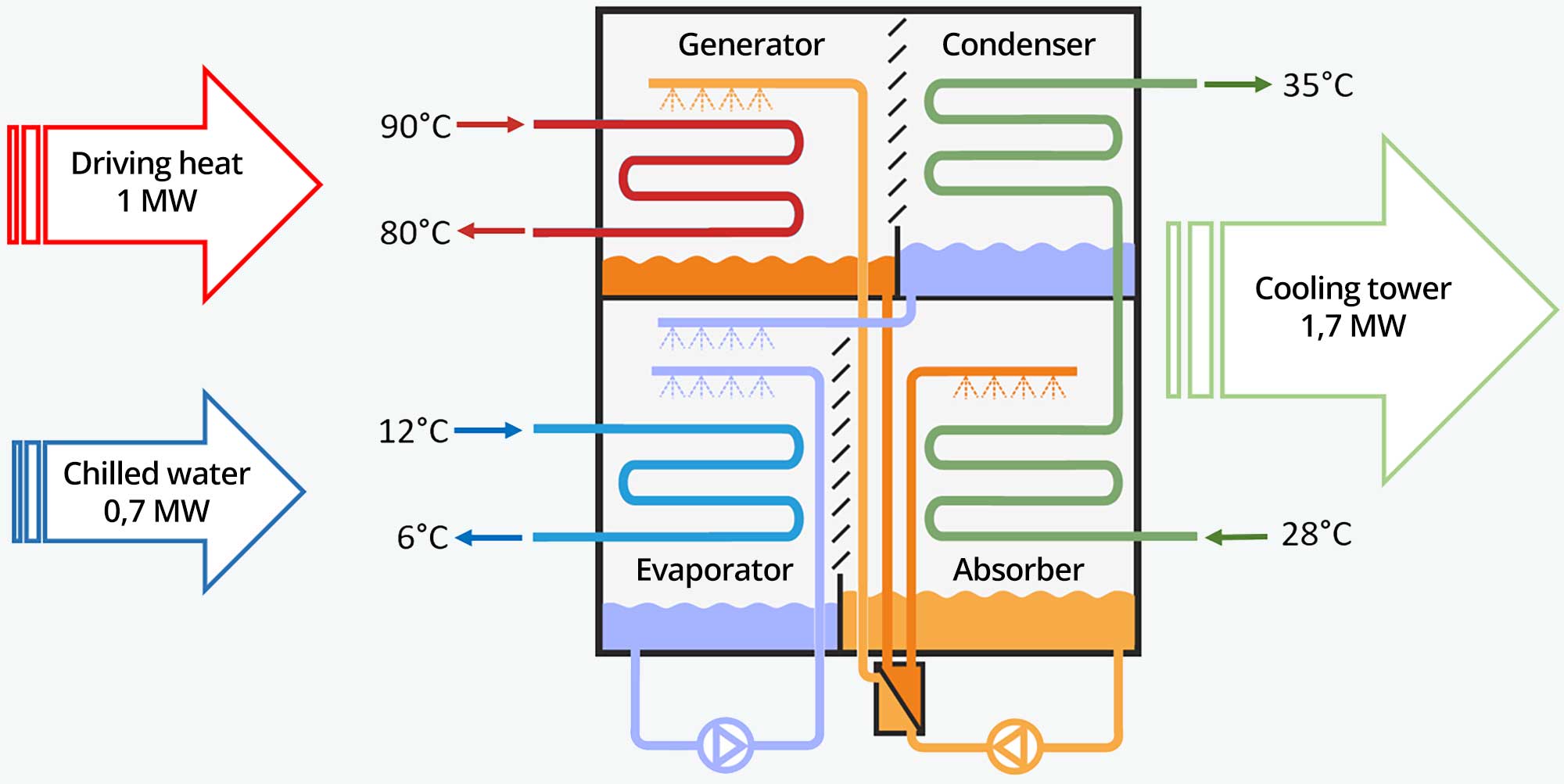 The heat released in the absorber and condenser is absorbed by heat exchangers and transferred to the cooling tower in the case of chillers or to the heating system in the case of heat pumps.

The operating materials used are water and lithium bromide salt. The units therefore use neither ozone-depleting substances nor greenhouse gases.